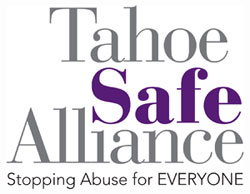 During the Quiksilver Ta-Hoe Nalu event we will make an attempt to set the record for the largest attendance participating in an SUP yoga class. The Ta-Hoe Nalu typically sees several hundred competitors and over two thousand spectators on Saturday during competition. This event is the oldest and one of the most well attended SUP events in the World. In addition to spectators and athletes it also attracts a large number of stand up paddle board manufacturers who bring well over 200 boards cumulatively. With such a huge growth recently in not only SUP but also SUP yoga the Ta-Hoe Nalu is the ideal scenario to attempt to get the most people ever on boards to go through a short (20 minute) class to benefit the local chapter for victims of domestic violence.

Envision Lake Tahoe at King’s Beach on a busy Saturday with over two thousand people in attendance and potentially over 200 paddlers in the water participating in a class that will not only set a World Record, but also benefit their local organization for women and children that are victims of domestic violence. The class and attempt are free of charge to anyone that participates with the money being raised by one title sponsor. This sponsor will have the “title” of largest SUP yoga class and the knowledge that their sponsorship dollars will benefit a wonderful organization.

$5.00 for every person that participates in the class with a maximum required payout of $1,000 (total of 200 sup yoga participants)

This $1,000 sponsorship will also include an event booth space and inclusion in all public announcements.

Inclusion and mentions during live webcast/broadcast